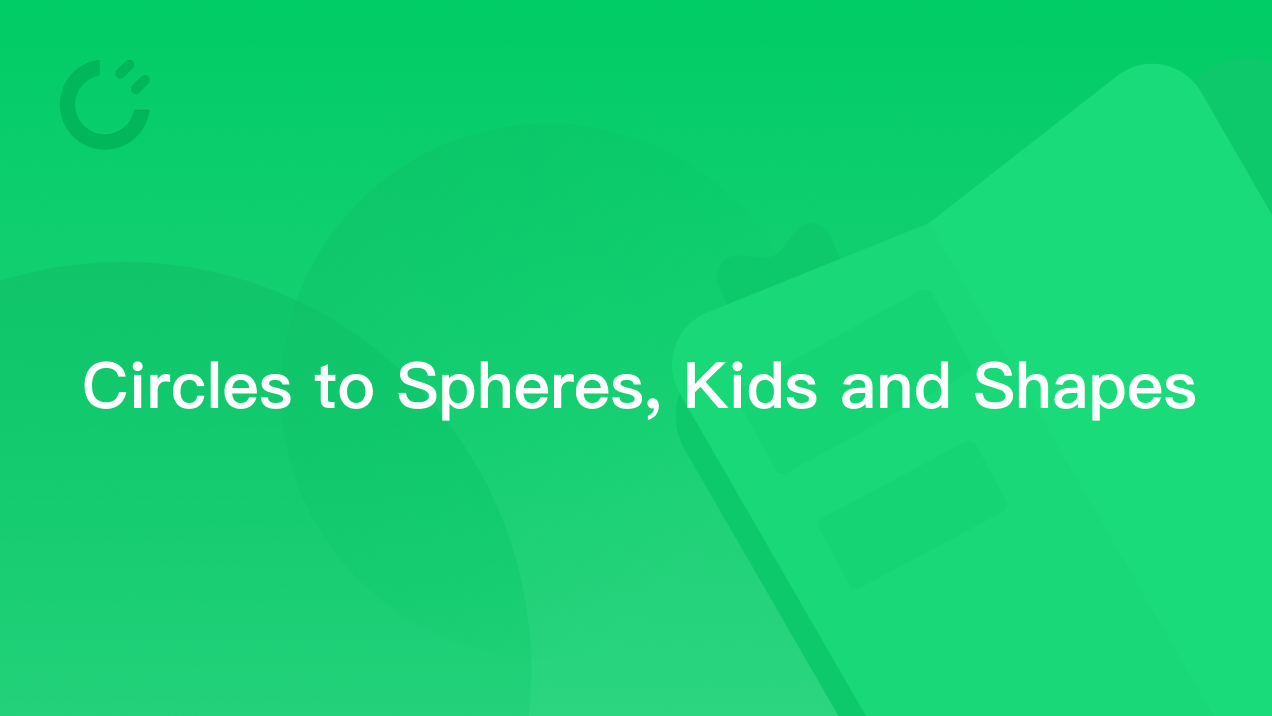 The development of perceptions and abilities in children follows a certain order, and this is no different when it comes to how children begin to recognize shapes. This is a coinciding process that occurs on three levels. Let's take a closer look.

1. From Easy to Hard

When children recognize shapes, they go from the easy ones to the hard ones; they transition from 2D shapes to 3D ones. With 2D shapes, children first recognize the most common shapes such as circles, triangles, squares, or rectangles. Later come the complex shapes such as half circles, ovals, trapezoids, or shapes with more than four sides.

With 3D shapes, children start with spheres and cubes before moving on to half spheres, cones, or cylinders. As with 2D shapes, the common ones tend to come first.

This order of recognition is also affected by each child's own experiences, and what he has been taught. It makes sense: the objects children come in contact with most often become the shapes they are familiar with the earliest. For example, the common, everyday ball is often one of the first objects that has introduced to many children their first shapes: the circle and sphere.

Of course, the correct guidance at the proper time can help to jumpstart a child's concept of shapes. Most children have difficulty recognizing trapezoids and rhombuses at first, but it has been found that through guidance, children can also master these shapes earlier than previously thought.

Children's perception of shapes needs to go through a second, coinciding process: matching, identifying, and naming before the concept solidifies from within. Matching means finding shapes based on similar attributes. This relies entirely on the child's perception of and ability to imitate a shape.

Identifying means being able to find a shape using its name. Whereas naming is the opposite, it means to use the shape to say the name. The last step, naming, often marks the completion of a preliminary understanding of a certain shape. Thus, it's easiest to match, it's hardest to name.

3. From Concrete to Abstract

Finally, the third process in recognizing shapes is the transition from concrete to abstract. For instance, the day a shape becomes more than just a specific item—when it becomes abstract, when it can be generalized to represent other items of the same shape—marks the completion of a deeper understanding of that shape. This also happens in three stages.

In the first stage, children point to circular objects, and say "that's a cookie" or "that's the sun." They will often call a fish tank or a box of orange juice a rectangle. In the second stage, children will point to the same objects but say "that looks like a cookie" or "that looks like the sun." And the third stage is when children start referring to big and small plates as circles, and basketballs and oranges as spheres.

So to help your child recognize shapes, first understand the natural process in which it occurs. Then follow with some proper, timely guidance and your child will be talking about pentagons, octagons, and maybe even tetrahedrons even before she learns to run.