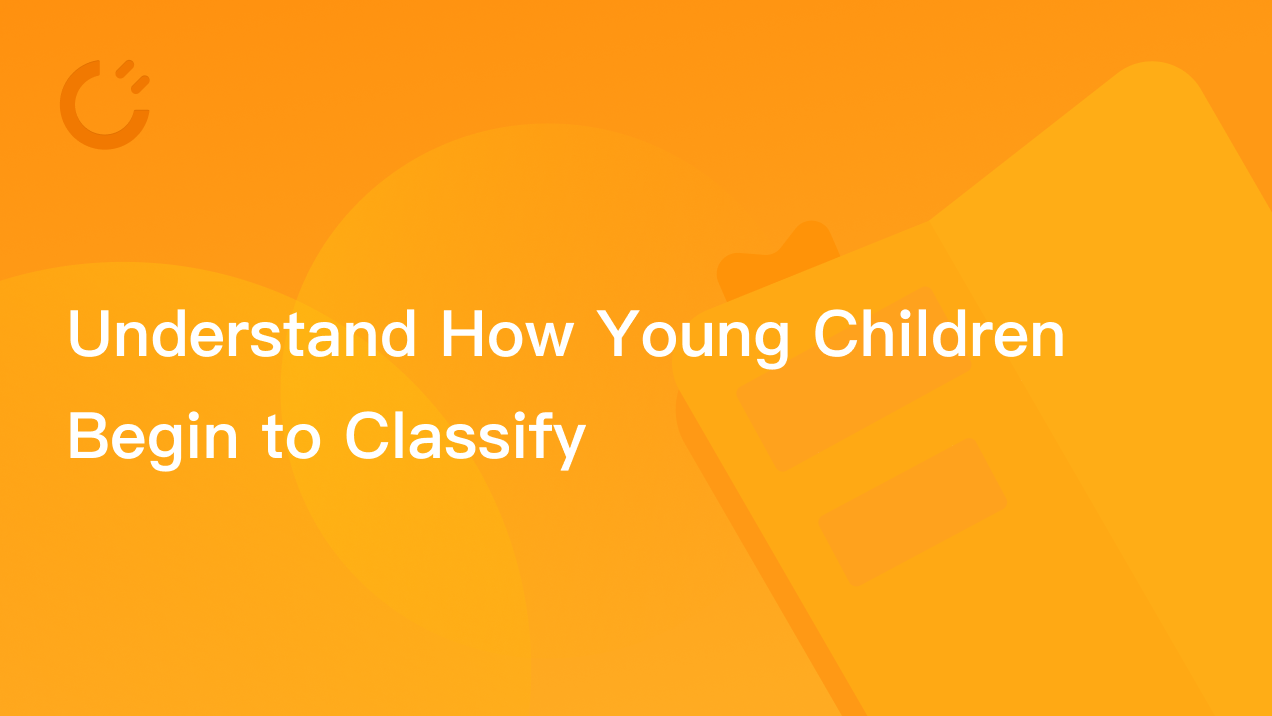 We all have a need to feel in control of the world around us, or at least try to make sense of it in terms of our own logical understanding. We attempt to do this by trying to find order, and this happens naturally, at a very young age, without ever being taught.

Through the senses, young children recognize patterns and begin to compare and contrast; through what they see, hear, and touch the brain automatically begins to recognize what is new, what remains the same, and what has changed. This is classification at the early stages.

We start out by finding patterns in shapes and numbers, and then identifying letters and words. Later this skill plays a crucial role in visual memory, number sense, and various thinking and problem-solving skills. It is the prerequisite to learning math.

Eventually, this fundamental process will help us draw logical conclusions and make predictions. Understanding the relationship among things is at the core of all sciences; classification sets the foundation for children to learn all other things.

Each step builds upon the previous, and identification is the first. This is when children begin to identify and describe the attributes of objects. The first attributes they identify are color and shape, followed by how something feels. Other commonly used attributes include size, weight, material, type (animal or person, dog or cat), usage, etc.

With matching, children put objects together based on attributes they have identified as similar. This is of course dependent on the ability to recognize and describe attributes in the first place. Matching involves only one attribute. So when your child puts together two blue socks, he is matching.

Objects are separated according to similar and different attributes. This is one step further than matching because it involves two or more attributes, and introduces the concept of difference. You may find, without teaching, your young child is already able to separate his toys into the correct groups by himself.

Comparing requires a child to identify the amount of one common attribute that is present in two objects. The child must then determine which of the two objects has more or less of that particular attribute. Comparing introduces children to the concept of relative: a particular situation may change when the objects being compared change. What was once taller may now be shorter; what was once heavier may now be lighter.

Here we use the words more, less, fewer, same, and words ending in er such as bigger or smaller, darker or lighter, etc.

This final step comes only after a child is able to fluently identify and describe attributes, and freely sort and compare objects. Like comparing, ordering also requires a child to identify the amount of an attribute present in objects. But instead of comparing this amount between two different objects, multiple objects are arranged according to increasing or decreasing amounts of that attribute.

Here we use the words most, least, and words ending in est such as fewest, smallest, tallest, brightest, etc.

What You Can Do

Understanding how this process occurs is vital if we want to know how to effectively help our children practice and improve their classification skills. So now that you understand, what can you do? If you go online, you’re sure to find countless wonderful ideas, activities, and games designed to help so there’s no need to go into those here.

But here is a simple tip that always applies: ask your child questions. When your child is practicing how to classify, ask what objects in one group have in common with each other. Ask how objects in other groups are different. And ask him to sort objects into smaller subgroups. If something doesn’t fit, ask why it shouldn’t fit.

Never underestimate the power of your words and the impact it has on your child’s ability to learn something.